Since the new 5R tractors landed on Australian shores, we have been very excited to hear customer feedback on how they are operating in the field. The 5R re-design was long awaited in the market, with a two year gap between the previous model and the new 5R release, and
everyone is happy to have them back.

We have loved receiving pictures from our customers of the versatile 5R hard at work in various locations, ranging from the South Australian Riverlands, to the Barossa Valley, to Swan Hill.

Will Homes, a wine grape grower and contractor within the Gomersal region of the Barossa Valley, was happy to provide a review on his 5100R. His new tractor has replaced a 5720, and is running alongside a 5090R.

Will said, “It has been extremely good so far. John Deere have certainly stepped up their game with the transmission and features, and I like the cab layout and cab suspension. Vineyard tractors are typically uncomfortable, but this one was built for the vines, and the glass panels provide excellent vision from the cab.”

“The 5100R has plenty of horsepower. We were after a much larger hydraulic flow to run a sprayer we have. The old tractor was pushed to its limit with the sprayer, but with the new tractor we can sit on economy mode and it doesn’t burn much fuel, so the fuel savings will be significant.
I haven’t tested consumption rates yet but from what I’ve seen, I suggest that it’s saving 3 to 4 litres an hour.”

“It’s the same size and width as our previous tractors, but it’s very responsive and has a much better turning circle than the 5720 it replaced.” 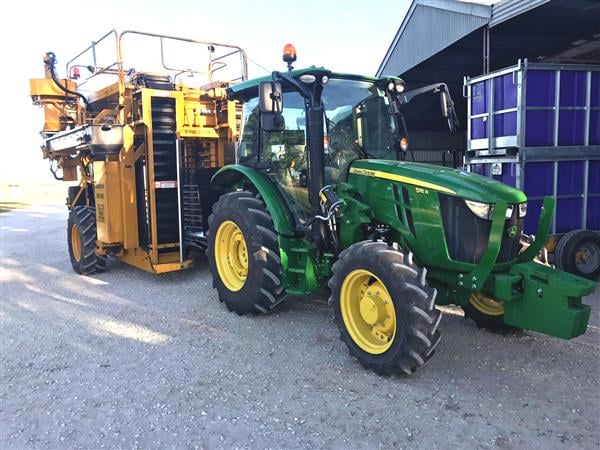 Steve is the 6th generation grape producer. He has 55Ha of vineyards as part of his mixed farm, which he runs along with his hay contracting business under the trading name Tractor Tread Vineyards. The interview started with a discussion on his past tractor purchases. 10 years ago, he converted to John Deere green tractors, having purchased competitor brands previously. The reason for the switch was that he was unhappy having to do significant service work at 400 - 500 hours.

Steve was looking for reliability, and a decade later he is happy with his decision. Steve chose the 5115R because he liked the John Deere features, “90% of what this model provides is specially for vineyards. I have a 7 tonne harvester behind me and I need the horsepower to pull it up the hills.”
Steve also operates his contract baling business with a 468 John Deere round baler which he said “the 5115R will suit perfectly.”

The other feature which made him choose the 5115R is the short turning circle. “It’s shorter than the 6105R I replaced, and it’s agile in the vineyards. The Command8 transmission has 32 forward and 16 reverse speeds. The transmission is really good in the short gears, with 3 or 4km increments rather than bigger skips between the physical gears.”

“I prefer the 5115R cab over my older 6105R cab. Even though the 6105R is larger and has more features, the 5115R suspension is really good and although smaller, makes sense for what I need it to do. The controls in the 5115R still provide fuel usage per hour and control of the linkage parameter heights on a screen. Having the linkage heights on a 1-100 scale makes it very user friendly.”

Steve also mentioned that “the 1.9m width of the tractor suits the row width while still being very stable, the cab is not hooking up on things as it’s narrow enough to get through the vines.”
He recommends the LED light package, as he is using it constantly when working at night, especially at the moment with the current grape harvest underway. His other tractor is a John Deere 5080R, and he has a 543R loader on the 5115R.

Thank you to both Will and Steve for their candour in speaking to the Emmetts marketing team. 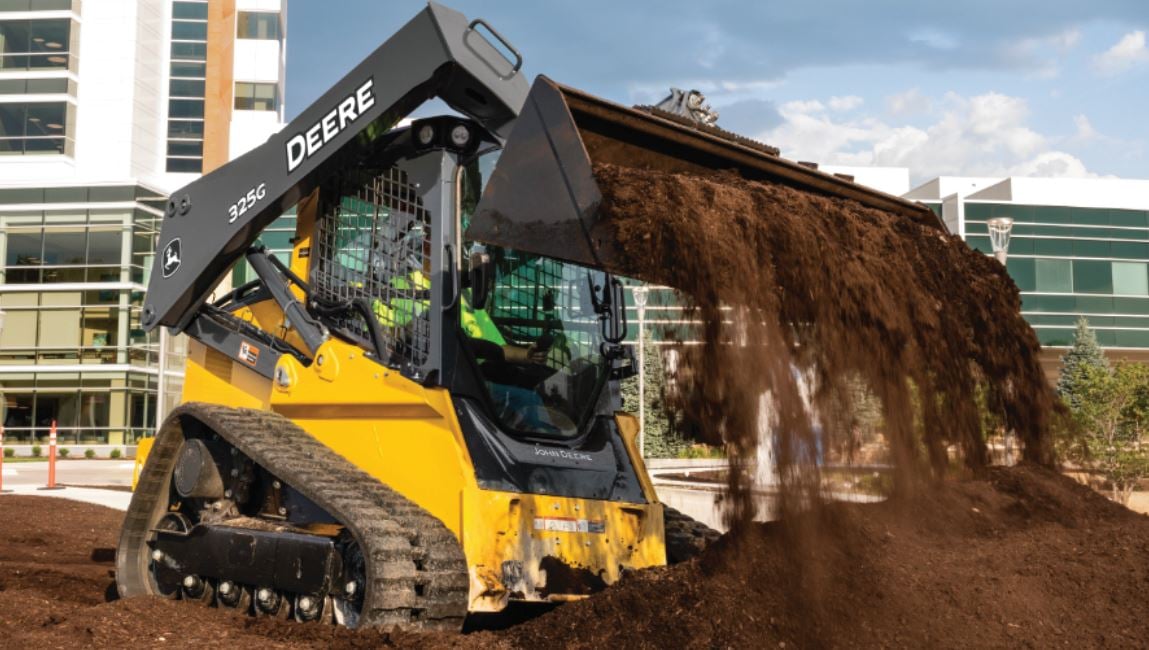 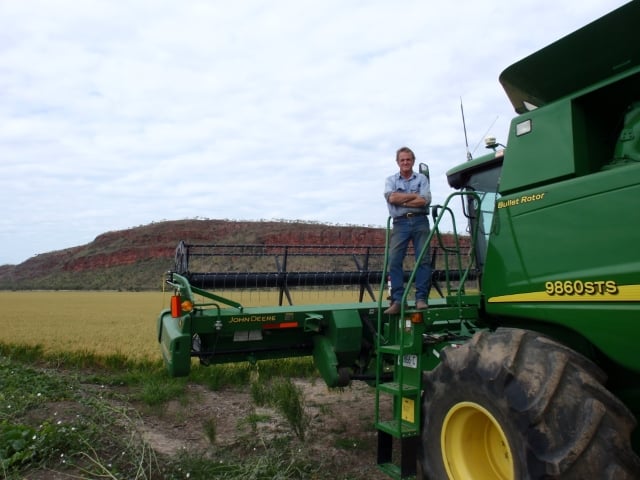